Gear is powered by either a Solar Bar or AC Power Adapter. These are both included in the box with your new Gear, and plug directly into the bottom of the device. Gear must always be plugged into a power source to function at full capacity.

When not plugged into a power source, Gear will display a flashing red LED at the bottom of the Touch Strip, when an attempt at an interaction is made.

Once the batteries drain completely, Gear flashes one red LED at the bottom of the Touch Strip when an interaction is attempted. If Gear is plugged into the Solar Bar and you see this message, replace the AA batteries.

POWER ADAPTER
The Power Adapter uses electricity from your home to power Gear. This AC adapter keeps the internal battery inside Gear continually charged. As long as the Power Adapter is connected to both Gear and a power outlet, Gear will run efficiently without interruption.

If you determine and select the Solar Bar as your primary source of power within the AXIS application, but instead plug in the AC Power Adapter, this readout will show between 30% and 35% at all times. The same will happen if you reverse these scenarios, by selecting the AC Power Adapter and instead plugging in the Solar Bar. It is important that the app is provided with accurate source of power information so that it may provide an accurate readout.

If either the AA battery or Stored Energy is low, the app will provide a warning on the main Gears Dashboard screen. This message will continually be displayed until the next time Gear connects to the app, at which point, a new reading is taken, updating your app to the latest Gear battery and stored energy levels.

The red exclamation mark icon beside any corresponding Gears is the warning. Selecting this icon displays a message with further information. 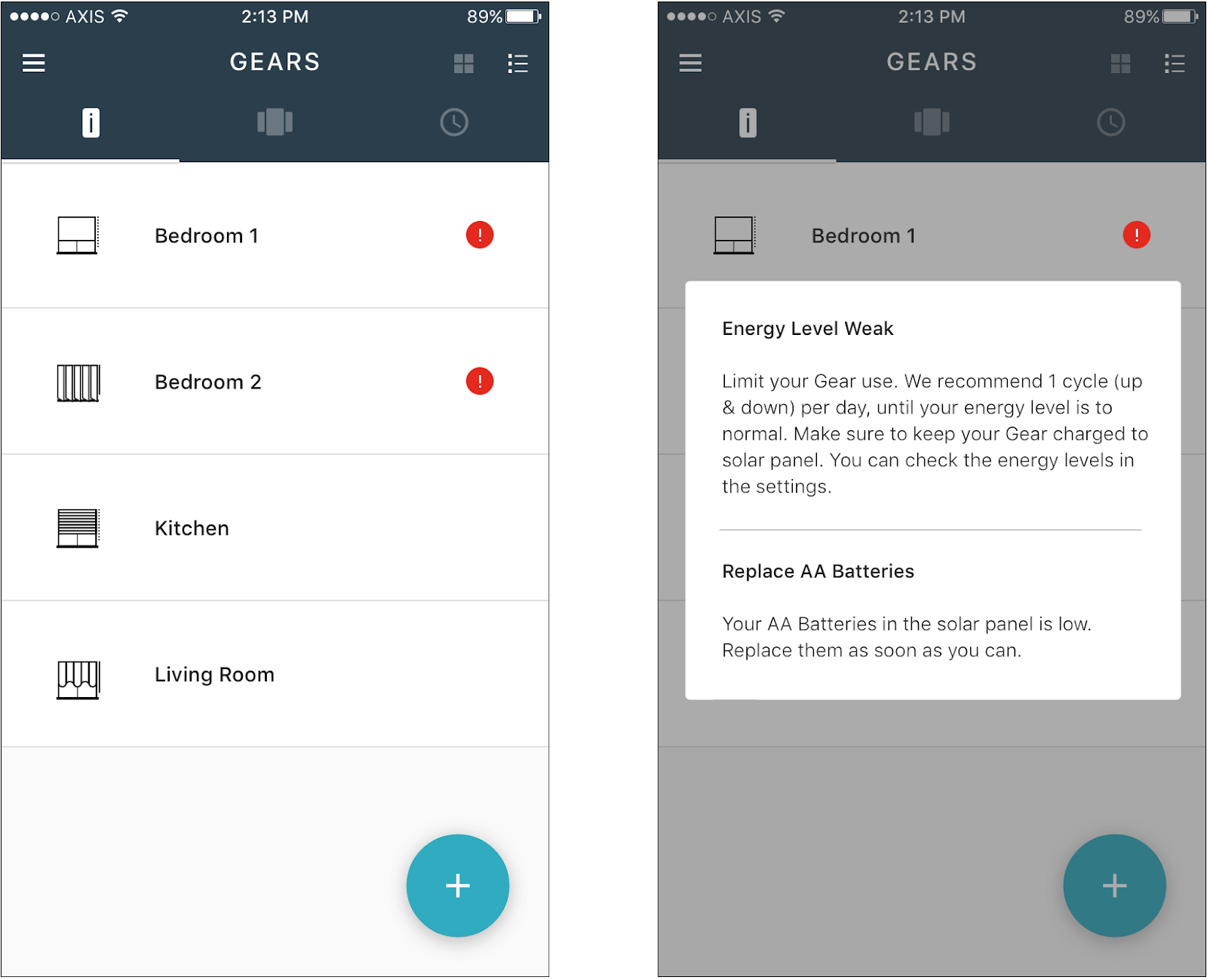 Gear only responds to commands while plugged into a power source. The only exception being that schedules will still fire if they were sent to Gear before the power source was unplugged.

Top and bottom positions, as well as internal time, continue to be stored within Gear until the internal battery runs out.

The app displays a message if it senses that Gear is unplugged. Like the low-battery warning icon, the app will only display this message after a connection attempt is made. 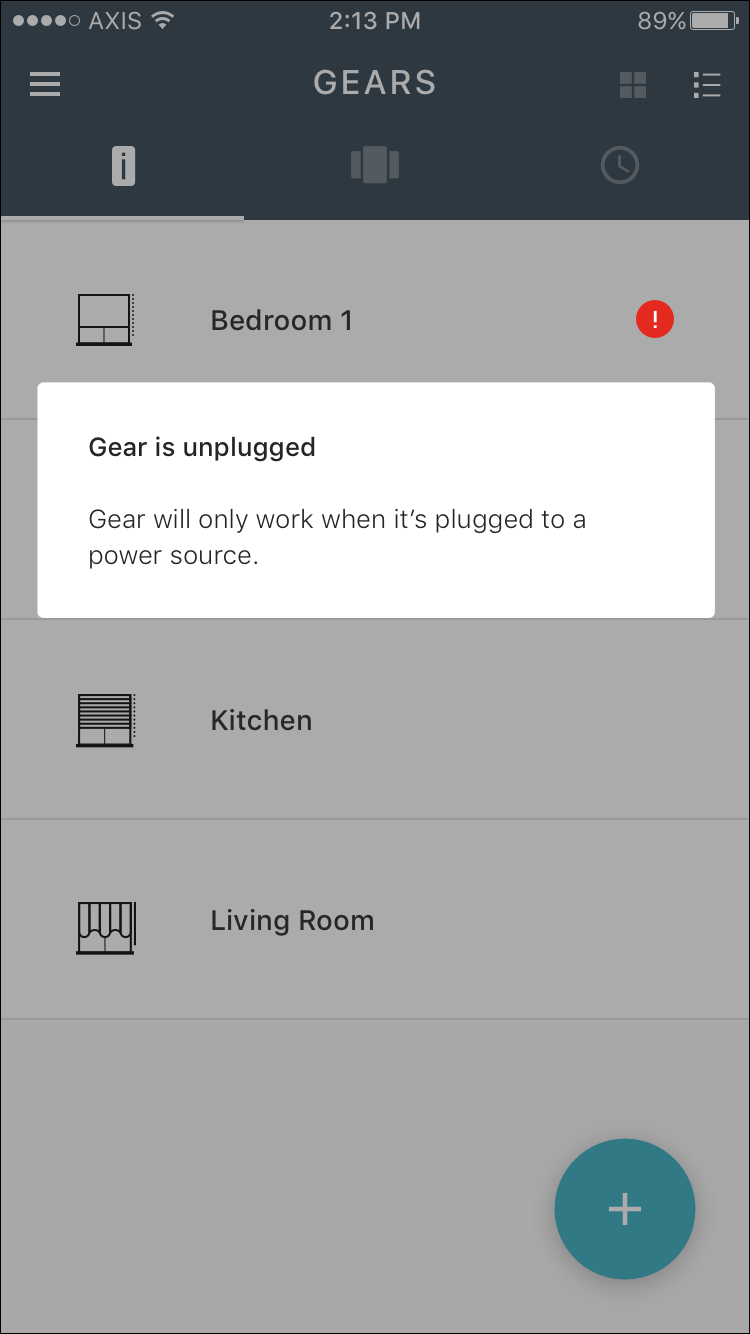