Mounting: On the back of Gear, towards the bottom, two grooves run vertically along the left and right edges. Similarly, on the mounting bracket, there are two mounting lips.

Position Gear’s grooves flat up against the mounting bracket’s lips (both lips should be inside the bottom grooves of Gear device). Next, slide the device downwards until the beaded chain or corded loop is pulled tight*.

*Your beaded chain or corded loop should be almost as taut as a guitar string after installation. 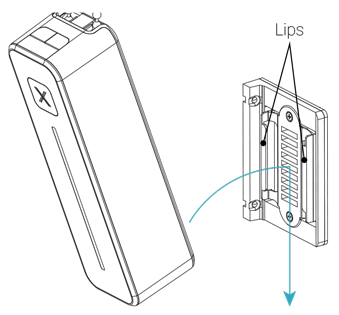 Dismounting: First, power off Gear and unplug it from the power source.

Gear and its mount hold strong over the course of regular use. Gear should not come off on its own if installed correctly. For this reason, once Gear is on its bracket, removal may seem difficult at first. However, there is a specific way to do so without damaging Gear, the mount, or the mounting material.

Grab hold of and pull the bottom of Gear slightly away from the bracket. A cm or so will do.

Next, while still pulling the bottom away, lift Gear up and slide it off the mount.

You may hear several clicks as you do so. These clicks are the Gear’s tooth moving in the opposite way past the grooves which hold it in place.

Improper removal of Gear may damage the mount and in rare cases can pull the mounting bracket off the mounting material (i.e., drywall). 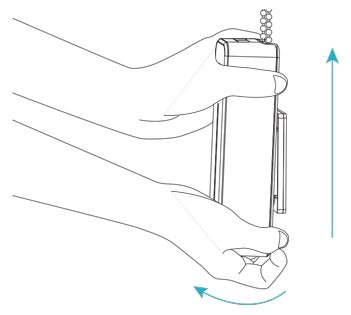