Controlling your Gear via On-Device Controls

Gear has 3 physical buttons on top of the unit - SET, GROUP and PAIR.

An LED capacitive touch interface is on the front of the device.

Each physical button press creates a different outcome, along with combination button presses. For example, press ‘Group+Pair’ to switch between Bluetooth and Smart Home modes.

Gear’s touch interface consists of a POWER button near the top (signified by the AXIS logo) and a series of LED CAPACITIVE TOUCH BUTTONS positioned along the TOUCH STRIP.

The Power button turns Gear on and off or stops operation, while the touch strip is used to control the shade. 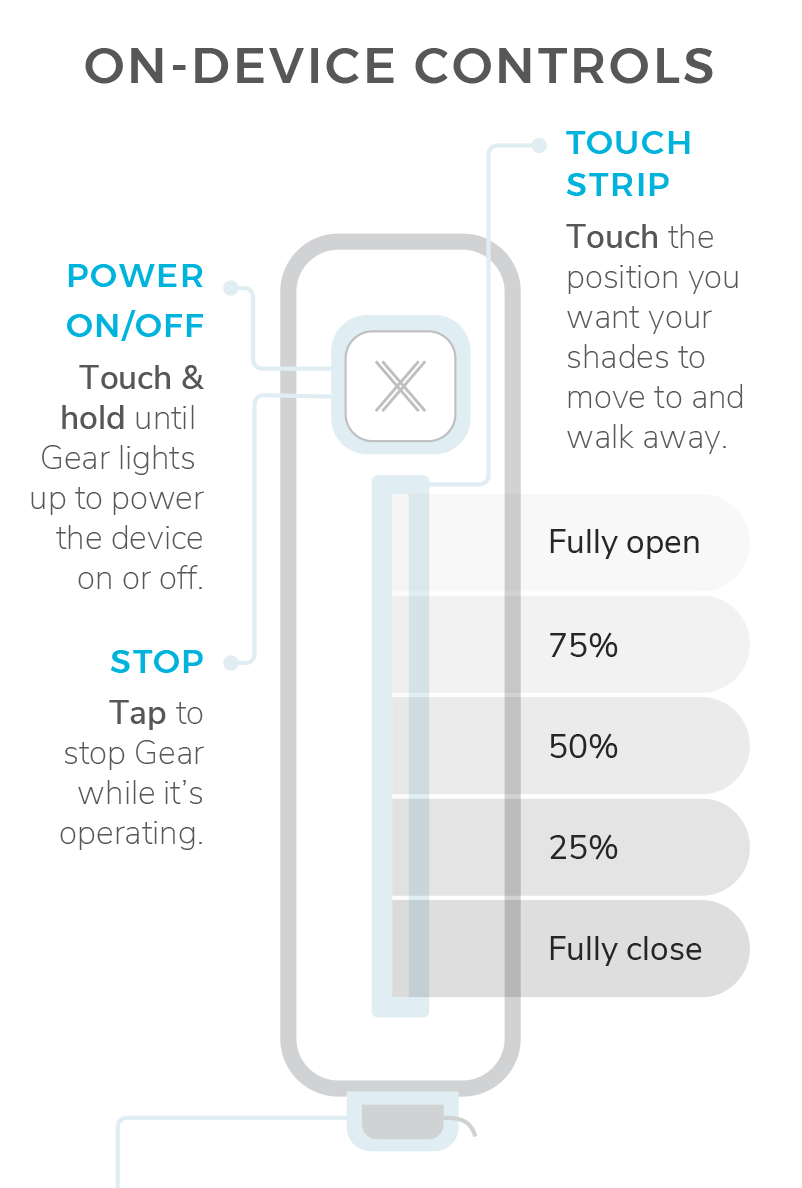